We are excited to share the news of OpenSpeak’s founder Subhashish Panigrahi been selected as one of the three MJ Bear Fellows by Online News Association (ONA). This is a repost of the announcement that ONA made on their website. The content is fully owned and copyrighted by ONA.

The selection committee combed through 44 applications from 18 countries to choose these up-and-coming digital journalists — two United States or Canada-based and one international, in partnership with MSN International — who are making their voices heard in the industry.

“The MJ Bear Fellowships were created to focus on the outstanding work of young people, and to offer them a spotlight as well as tools to advance,” said Committee Chair Amy Eisman of American University. “The Fellows this year represent the future well with their emphasis on data, podcasts and women and minorities in science. We salute them and hope you will likewise watch their progress in reports throughout the year.” 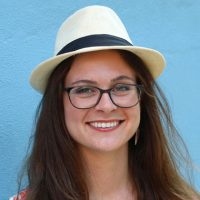 A freelance reporter and editor, Mollie is creating a database of minority and female scientists to address the lack of diverse perspectives represented or cited in science writing. She started working on the project after she’d written several articles on a tight deadline and found she was quoting only white males. “This happens a lot in science reporting — even for topics like women’s health,” she says, “And it means we’re missing out on important points of view.”

The Selection Committee said: “Creating a database of female and minority scientists is a practical idea and a highly applicable resource. If you consider how bias is built into the social media and the search tools we use daily as journalists, this sort of database could be a game changer. Her commitment to diversity and building a tool to ensure that is reflected in the coverage of critical issues such as science, the environment and health is exemplary.” 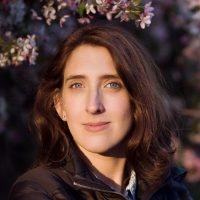 Kelly is an online producer for St. Louis Public Radio and the creator of Flyover Podcast Newsletter, which is aimed at connecting people with podcasts produced between the coasts and providing resources for others to start local audio storytelling of their own. The newsletter includes examples and skills-sharing interviews with podcasters who cover what she calls “flyover country.” Their podcasts range from the serious, confronting issues of gentrification and racism, to those that uncover little-known arts communities or encourage people to “opt outside.”

The Selection Committee said: “It’s neat and so needed. Kelly is reaching out to areas of the country most people pay little attention to and building a grassroots network of storytellers who are smartly using podcasting as a vehicle to tell stories about local issues and interests. Her interviews are entertaining and very informational. Textbook teaching for would-be podcasters.”

See an example from Kelly’s project. | Connect and learn more. 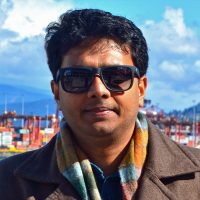 Subhashish is Chapter Development Manager/Asia Pacific, Internet Society in Bengaluru, India, where he is creating Open Speaks, a collaborative online community that is building open resources to help preserve endangered, indigenous and other marginalized native languages, many of which are not written and are in danger of disappearing. Open Speaks allows what Subhashish calls “citizen archivists” to document and share their stories in multimedia forms, and to build tools that help others preserve and share languages.

The Selection Committee said: “His project is imaginative and innovative. Creating an archive and toolkit to preserve endangered languages, some of which are not written, is important work. The recorded interviews with real people preserve the nuances and subtleties of the spoken languages, truly giving voice to the people. We love that he plans to use social media and open source to build what is an impressive project. Subhashnish’s volunteer work with Global Voices and other digital organizations such as Open Glam and Wikimedia make him a formidable digital journalist of the future.”

Each fellow will participate in three online workshop sessions with ONA’s hand-picked Personal Advisory Board, and will receive a free, three-year ONA membership and an expense-paid trip to the Online News Association Conference & Awards Banquet, Oct. 5-7 in Washington D.C., where their work and ideas will be highlighted.

The selection committee felt so strongly about the projects and potential of four other applicants that they were awarded honorable mention. They are:

Each will each receive a free one-year ONA membership.

MJ Bear, whose wide-ranging career took her to pivotal roles at Microsoft’s MSN Portals and MSN International, NPR and American University, was renowned for her kindness and digital know-how. She played a vital role in ONA’s history as a member of the original Board of Directors, helping to incorporate the organization in 1999 and serving on the Education, Fundraising, Conference and Legal Affairs committees until 2003.

You can donate to the MJ Bear Fellowship fund online.

A profile of Subhashish as published by ONA. 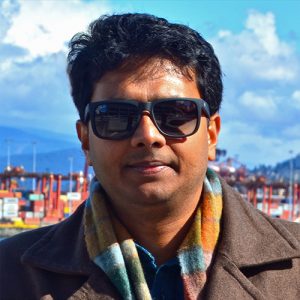 Subhashish is creating Open Speaks, a collaborative online community that is building open resources to help preserve endangered, indigenous and other marginalized native languages, many of which are not written and are in danger of disappearing. Open Speaks allows what Subhashish calls “citizen archivists” to document and share their stories in multimedia forms and to build tools that help others preserve and share languages. O Foundation, a nonprofit that Subhashish helped cofound, currently hosts OpenSpeaks.

“Living in a linguistically diverse country like India has been quite beneficial for me to learn how majority of the people that do not speak the official languages (there are 780 native languages in India and only 23 are officially recognized out of which only a few have a fully grown education, governance, and media) struggle with exchanging information in their languages.”

His long-term plan is “to crowd-source openly-licensed journalistic content in many native languages, annotate them, and make them available publicly under open licenses such as the Creative Commons Share-Alike licenses so that others can make use of them for their own work.

The MJ Bear Fellowship Selection Committee said, “His project is imaginative and innovative. Creating an archive and toolkit to preserve endangered languages, some of which are not written, is important work. The recorded interviews with real people preserve the nuances and subtleties of the spoken languages, truly giving voice to the people. We love that he plans to use social media and open source to build what is a formidable project. Subhashish’s volunteer work with Global Voices and other digital organizations such as OpenGLAM and Wikimedia make him a formidable digital journalist of the future.”

Said his recommender Marc Bogonovich, founder and CEO of Openwords, “Currently, there is very little or no existing multimedia content available for a large number of native languages, and the focus on open standards will hopefully fill part of that gap. …He is taking this work one step forward by building digital accessibility tools which are extremely essential for persons with visual impairment and illiteracy. … …Openwords is incredibly fortunate to have a working relationship with both Subhashish and his project OpenSpeaks.com.”

Prior to launching the OpenSpeaks, Subhashish served as Asia Community Catalyzer for the Mozilla Corporation, Programme Officer for the Centre for Internet and Society, Communications Contractor for the Wikimedia Foundation and Consultant for Community and Program Support for the Wikimedia Foundation’s India Program. He also has held business development positions at three advertising agencies. He is currently working as the Chapter Development Manager – Asia Pacific at Internet Society.

Subhashish has a Bachelor of Engineering (Biotechnology) degree from Visvesvaraya Technological University in Kamataka, India.

He also has considerable volunteer experience with Opensource,.com, OpenGLAM, Global Voices, Wikipedia and other Wikimedia projects.

Subhashish Panigrahi
Subhashish Panigrahi is the founder of OpenSpeaks. He is an educator; language, technology and community catalyst; author and public speaker. As a community manager over the last six years, he led Mozilla's Community Development for Asia, and played various roles at Wikimedia Foundation and the Centre for Internet and Society. He shaped Mozilla's global communications for the Campus Clubs program, launched a research to measure the state of Open Source across India's top 20 tech, law and design universities; Built and implemented the Wikimedia strategic plans for India; increased Wikipedia’s reach (readers) by more than 60% (3x global readership) in and participation (editors) by 50% [as compared to ~10% global growth] in 6 Indian languages. Winner of the 2015 Opensource.com People’s Choice Award for covering open source-related highlights, and awarded as "Wikimedia Advocate and Expert" by Opensource.com for extensively showcasing the Wikimedia community and projects. Speaker at TEDx and many international Open Source/knowledge conferences across 11 countries. Author of "Rising Voices: Digital Language Activism" “Digital Activism in Asia Reader”, and a few hundred posts on major global blogs.
http://openspeaks.com/author/subhashish/

Half of the world’s languages are dying. Should we save them?

What are the implications of a language falling out of use every two weeks? There are currently around 7,000 languages being used today, with one language dying every two weeks. UNESCO says that half of the world’s languages may vanish in a century’s time. And, in my home country of India, 220 languages have died in the […]

Languages are a gateway to knowledge. How can digital tools be used to help native language speakers access and contribute knowledge? In this blog, Subhashish Panigrahi shows how endangered languages can be documented and preserved using open standards and tools. The world’s knowledge that have been accumulated and coded over ages in different languages are […]

There are many other collectives and organizations that are also documenting languages and making them available in different forms. When it is important for us to look at their work and get inspired, we also would like to curate these resources for our community and readers. You can download, share and even use this work […]